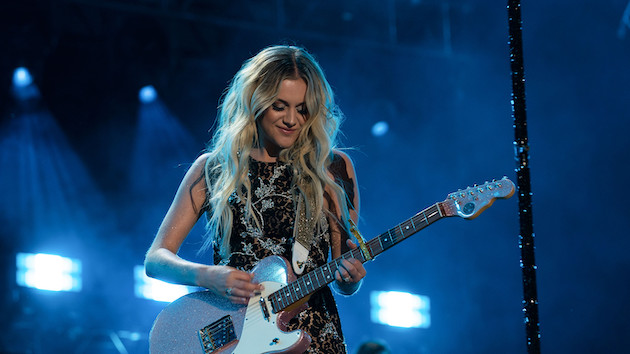 When fans finally get their ears on Subject to Change, Kelsea Ballerini hopes it'll take them on a whirlwind of emotions.

"I loved the idea of having a record that takes you through a roller coaster -- of growing up, and love, and a lot of inward conversation and maturity," the singer tells ABC Audio. "Just airing all that out there in a way that feels witty and poetic and honest."

As the title suggests there's a major theme of change on the record -- good change, bad change and all the growing pains that make us who we are.

"I never really have a start and stop date for writing [for my albums]," Kelsea explains. "When it's time to make an album, I listen through to the demos that I've written over the last year and a half, and I see what they say."

In the case of the "80 songs" that Kelsea wrote during the Subject to Change era, the songs were talking about different kinds of change. "I was noticing a lot of contrast and a lot of juxtaposition and a lot of change," she notes.

Any artist would hope that each record sharpens and matures their sound, and Kelsea says that's the case for Subject to Change, too.

"I'm really proud of what this record says about me in the last couple of years," she notes. "Because I feel like it's really honest. And also I feel like, sonically, it is so heavily 90s-influenced, and I hope it brings people nostalgia, too."

Subject to Change arrives on Friday. Kelsea previewed the new album, which features lead single "Heartfirst," before releasing it in full.