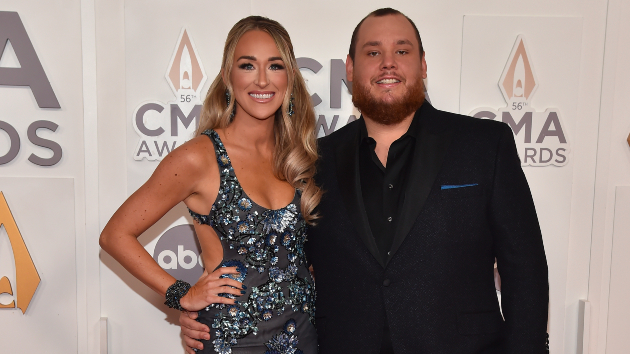 The two-time CMA Entertainer of the Year reveals that was very much by design.

"That was definitely, like, a concerted effort on my part, you know, between me and the people that I've chosen to surround myself with ... people that I met when I first got to town and didn't have anything going on," he tells ABC Audio. "And, you know, I met my wife before I had anything going on. I was driving the same car I drove in high school and [had] no shows."

Of course, better cars and sold-out shows would follow; Luke married his wife, Nicole, in 2020, and they welcomed their son, Tex, just last year. But in the midst of all the changes, Luke's nearest and dearest have stayed the same.

"I think just keeping those people close and surrounding yourself with people that don't let you buy into your ego or yourself as an artist," he adds, reflecting on what's helped him stay on course. "Like, I don't put a lot of stock in my self-worth being in the position that I'm in, as far as a human being goes. And I think that's where it starts at."

If you're keeping count, Luke currently has 14 number ones in a row, with the almost-unheard-of distinction that every single he's ever released has gone to the top of the chart. His new album is set to arrive March 24.