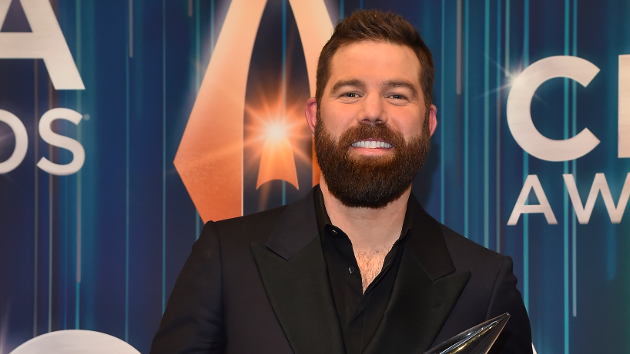 Jordan Davis has plenty to celebrate these days, hot off his Song of the Year win for "Buy Dirt" at the recent CMA Awards.

Even before that, the busy father of two had to get creative to squeeze in a birthday party for his firstborn, Eloise, who turned 3 on November 17.

"It was the only Sunday that I'm gonna be home for the next couple months," Jordan tells ABC Audio. "So we had that and it was a Frozen-themed party. She dressed up as Princess Elsa and we had a blast."

Next up, he's headed to New York City to take part in one of America's most beloved turkey day traditions before enjoying a holiday with all the trimmings with the in-laws.

"You know, that's how we started Thanksgiving every year," he says of the annual parade. "So it's like, you know, it's just cool to think that there's a lot of people watching. I know my family's gonna be at home watching it, so it's gonna be fun."

Early next year, Jordan will release his new album, Bluebird Days, which features his latest hit, "What My World Spins Around," as well as his double-Platinum smash "Buy Dirt."