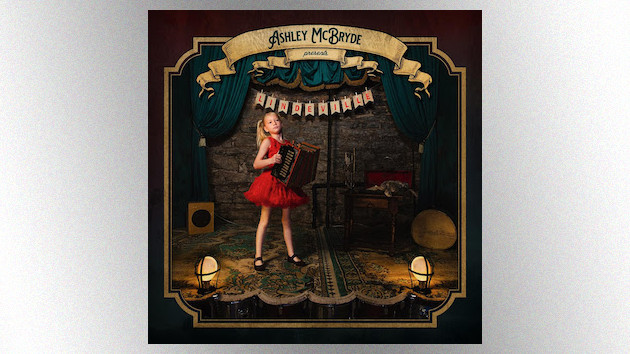 Ashley McBryde knows that her new album, Ashley McBryde Presents: Lindeville, is a left turn from what anybody expected her to do. But in a new interview with Billboard, she says that's exactly why she wanted to do it.

"The expected thing, especially coming off having a No. 1 with Carly, is to shoot straight down the middle," the singer says.

Of course, she's talking about her hit duet with Carly Pearce, "Never Wanted to Be That Girl," which topped the country charts and notched a whopping five nominations at the upcoming CMA Awards.

But instead of following up that success with another radio-ready hit in the making, Ashley chose to lean into her songwriter side, teaming up with musical pals like Brothers Osborne, Caylee Hammack and Brandy Clark to bring the fictional world of "Lindeville" to life. The album is a collection of story songs about the characters who live in a certain small town, and it's unlike any other project coming out in the country genre in 2022.

"When you do a love project like this, it's supposed to be, like, album five or six, or 10, which is another reason to do it now," points out Ashley, who's got two full-length studio albums other than Lindeville under her belt.