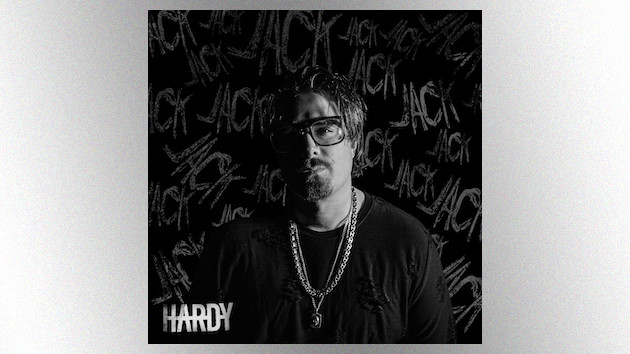 With Halloween fast approaching, it's only fitting that Hardy's new music is embracing some dark and scary undertones, but some of his subject matter is much scarier than haunted houses or things that go bump in the night.

He got the ball rolling on those themes in late August with the release of "Wait in the Truck," a murder ballad featuring Lainey Wilson that tells the story of a guy who meets an abused woman and kills the man who hurt her.

Now, Hardy is continuing to release dark and sinister music with "Jack," a love story turned sour about a person's relationship with alcohol.

"I love the story it tells -- it's got some deep undertones about alcohol and how it can have a strong grip on people and really bring you down," the singer reflects. "I hope people can kind of read through that lyric and understand it. It rocks, and I'm excited for the world to hear it."

The song also embraces Hardy's hard rock and metal influences. He's previously blended those musical styles with his country foundation on tracks like the fan-favorite "Sold Out."

"Jack" arrived on Friday along with an equally hard-rocking music video.