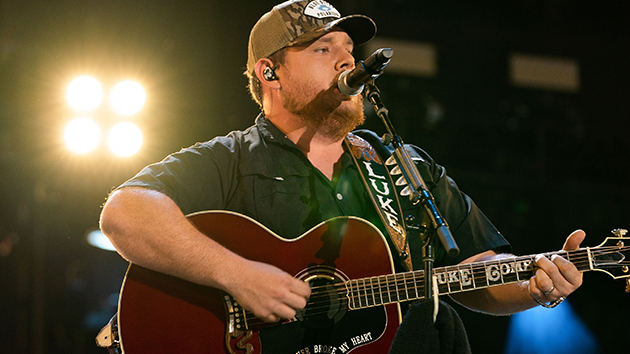 As Luke Combs' career continues to skyrocket, he's intentional about keeping trustworthy people around him, especially the songwriters he's been working with since the start of his career.

Since moving to Nashville in 2014, Luke continues to work with the same songwriters that he did when he was an unknown artist, including Ray Fulcher, Randy Montana and Dan and Randy Isbell. Noting that his circle of songwriting collaborators is close-knit, Luke says that he feels grateful to have that sense of consistency in his life.

"I'm lucky that those people have been really talented and willing to share their ideas with me and share their songs and stories with me and be willing to go out of their way to make time to write with me, especially when they didn't have any reason to, other than that they believed in what I was doing or believed in my voice or my shows," Luke expresses. "So I would really give all the credit to those folks."

In addition to his writing partners, the hitmaker also acknowledges the team of people behind-the-scenes who've made his career a success, sharing that the only pressure he feels is to honor their hard work and dedication.

"There's so many other people that make this thing tick, and I think those people hardly ever get the credit that they deserve. I'm the guy that gets to be on the interviews and on the album covers, but there should be 250 faces on the front of that thing to make it happen," he says. "I'm real thankful for those people and the only pressure I would feel is to continue to make those people proud."

Luke achieved his 14th consecutive #1 hit this week with "The Kind of Love We Make."