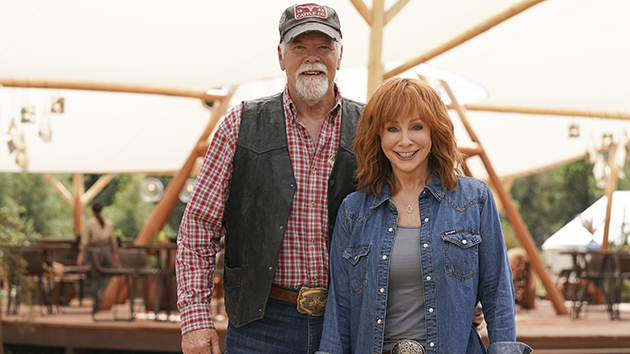 Reba McEntire not only has a boyfriend in Rex Linn, she also has a scene partner.

The couple act alongside one another in the new season of Big Sky, in which Reba portrays the character of Sunny Barnes, a backcountry outfitter with a seedy past, while Rex plays her husband, Buck Barnes.

Though the couple enjoys working together, Reba admits that Rex is a bit of a stickler when it comes to running lines.

"He makes me rehearse so much. By the time we get on the set, I know my lines, your lines," Reba says on Good Morning America, pointing to all the hosts. "But it's fun, I love it. We have a blast."

Big Sky season 3 premieres tomorrow night at 10 p.m. ET on ABC. Reba and Rex will also appear in the Lifetime movie, The Hammer, set for release next year.