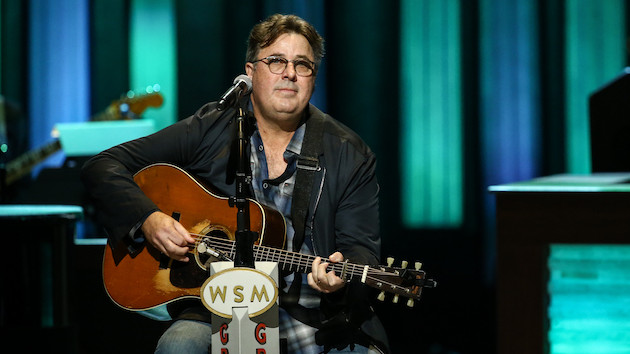 Some of the artists who will appear include Carrie Underwood, Luke Combs, Brad Paisley, Chris Stapleton, Cody Johnson and Ricky Skaggs, who will perform Gill's hits during the 90-minute special.

Gill, a 22-time Grammy winner, has made -- and continues to make -- an immeasurable impact in the music industry in both his solo career and his time in bands Pure Prairie League, The Cherry Bombs, The Time Jumpers and the Eagles.

During the upcoming CMT special, other top artists, including Keith Urban, Reba McEntire and Sting, will share their thoughts on his impact and some of their favorite memories of working with him.

Along with special photos and videos from notable performances throughout Gill's career, the program will also include a new interview with Gill about "his career, his classic songwriting, musical influences and his future plans," the network said.

Other artists who have been celebrated in the "CMT GIANTS" franchise include Reba, Hank Williams Jr., Alan Jackson, Kenny Rogers and Charley Pride.