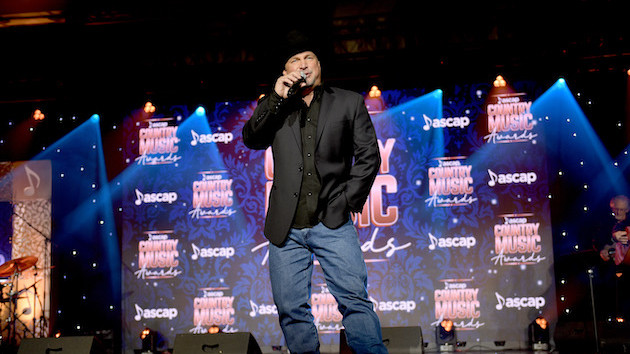 It's been 25 years since Garth Brooks' unforgettable free Central Park performance, and he's celebrating with a one-time re-airing of the event's highlights.

Back in 1997, over 1 million fans turned out for the free concert, dubbed "Garthstock," making it the largest concert ever held in the New York City park.

"It's gonna be good. This Sunday the 7th, the 25th anniversary, starting at show time, actually show time, we're gonna sit and watch it," Garth revealed during a Thursday morning stop on Good Morning America.

The re-airing event will give anyone who didn't get to attend the concert in person the chance to get a front-row seat -- and that includes him. "How bout for the guy that never got to sit in the crowd and watch it?" he says with a smile, raising his hand.

Garth will host the one-time re-airing on August 7, the exact anniversary of the concert, at 8 p.m. ET on his TalkShopLive channel.

"We're gonna relive the whole night 25 years later, but this time I get to be in the crowd. This'll be fun," the star adds.

Garth's Central Park show consisted of a seven-song set list plus four encores. Billy Joel was a guest singer on three songs, and Don McLean came out during the encore for a performance of "American Pie."