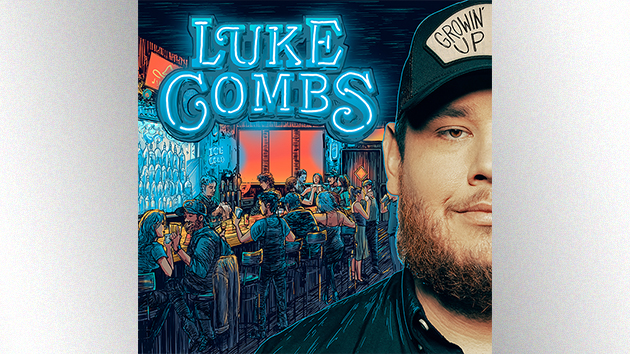 Luke Combs is making an impression on the charts with his new album, Growin' Up.

The singer's third studio album has debuted at #2 on the Billboard 200 following its June 24 release, marking the highest debut for a country album so far this year. It also serves as the highest debut of the week. The 12-track project sold 74,000 equivalent album units in its first week.

Growin' Up is the North Carolina native's fourth consecutive album to reach the top five on the all-genre chart. His wildly successful sophomore album, What You See Is What You Get, debuted at #1 on the Billboard 200 in 2019, while both his debut album, This One's For You, and EP The Prequel both hit #4 in 2018 and 2019, respectively.

On the country charts, the current single off Growin' Up, "The Kind of Love We Make," is climbing up the top 20. Luke recently acquired his 14th #1 hit with the previously released "Doin' This," which served as the lead single off his new album.