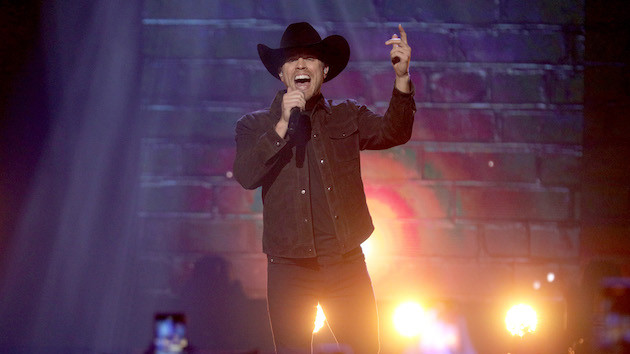 The singer's latest album, Blue in the Sky, features a number of songs that are feel-good, uptempo odes to his love of the water and summertime fun, and he's keeping that theme going in the new music he's currently writing and recording, too.

Dustin shared a clip of an unreleased song called "Fish in the Sea" on his social media this week, and the track would be right at home in the world of Blue in the Sky. Set on a hot summer day at the beach, the song's lyrics take a break from work and responsibilities in favor of a carefree day off.

In fact, the new song even features the album's title -- Blue in the Sky -- in its chorus.

When he shared the clip, Dustin asked fans to let him know if he should put out the new song officially. Whether he does or not, there's a good chance you might be able to hear him play "Fish in the Sea" live this year: His Party Mode Tour continues with another leg this fall.

New one ?? ??… should I release it? pic.twitter.com/zljlPx9PRf