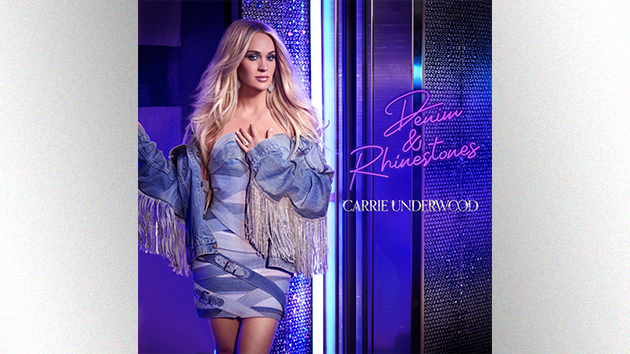 Carrie Underwood is back on top.

Following the release of her new studio album, Denim & Rhinestones, on June 10, the project has debuted at #2 on the Billboard Top Country Albums chart and #10 on the all-genre Billboard 200, marking her 10th consecutive album to debut inside the top 10 on both charts.

The project sold 31,000 equivalent album units in its first week. The American Idol winner began her chart-topping streak with her 2005 debut album, Some Hearts. Prior to Denim & Rhinestones, Carrie led both the Top Country Albums chart and Billboard Top Christian Albums chart with My Savior in 2021.

Denim's lead single, "Ghost Story," is also climbing the charts and is currently inside the top 15 on country radio.

She'll embark on the Denim & Rhinestones Tour from October through March with opening act Jimmie Allen.