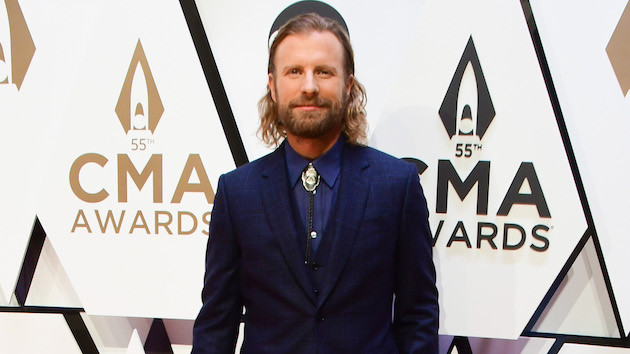 Dierks Bentley and Elle King team up once again in their newest duet, "Worth a Shot." It's the second time they've worked together on a song -- their first collaboration was "Different for Girls," which was a number-one country hit back in 2016.

It's no coincidence that they're teaming up again: Dierks and Elle are a match made in musical heaven, as the pair explain in a new interview on Apple Music Country's Today's Country Radio with Kelleigh Bannen.

"I feel like I'm the perfect foil to Elle in so many different ways," Dierks explains. "My voice just holds the line there pretty good, down the middle. It's good for her to bounce her amazing voice off of, because mine's just toeing the line."

As for their real-life friendship? Dierks says that even though they're very different, that part works well, too.

"I don't have any tattoos, so I'm the opposite there in that way," he continues. "We yin and yang really well together."

Collaborating with Dierks has also been a way for Elle to explore her country side, starting from the very first time they worked together. She's currently at work on a country-leaning album, and she says this musical chapter isn't coming out of left field -- on the contrary, it's a part of her that's always been there in her songs.

"And I also got signed to a rock and pop label because of a banjo song called Good to Be a Man,'" Elle points out. "Which is a country song. So I feel like it's a nice nod of, I had to go through all these things to end up where I feel most at home now. And I'm very happy to be here."

"Worth a Shot" arrives on Friday.