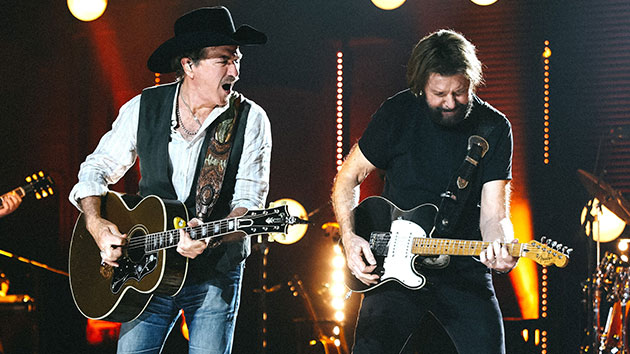 The Country Music Hall of Fame is planning to announce its next class of inductees on Tuesday, May 17.

Fans can follow along from home, as the event will be livestreamed on the CMA's YouTube channel beginning at 10 a.m. CT that day. Brooks & Dunn -- who joined the Hall of Fame as part of its 2019 class -- will be on hand to announce the new inductees.

Each year, the Country Music Hall of Fame welcomes inductees in three different categories. Modern Era and Veterans Era inductees join the Hall each year, and there's one more rotating category, which can be in the Non-Performer, Songwriter and Recording and/or Touring Musician fields.

The new inductees will be announced less than a month after the last class of inductees were welcomed in the Hall's annual Medallion Ceremony. This year, The Judds, Ray Charles, Eddie Bayers and Pete Drake joined the Hall. Just one day before the ceremony, Naomi Judd -- one half of The Judds -- unexpectedly died.

The next class of inductees will be formally welcomed into the hall at a Medallion Ceremony of their own, taking place at a later date.