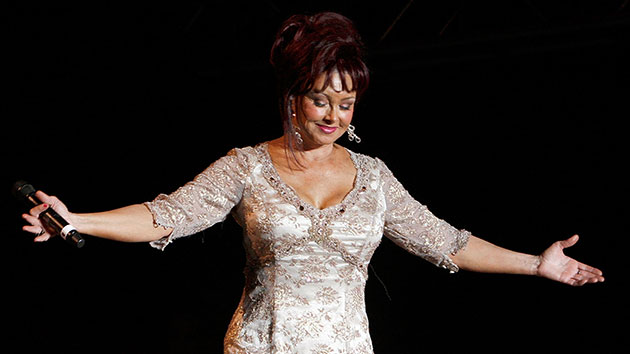 Fans will be able to watch the public memorial service for Naomi Judd live: It's being aired commercial-free on CMT.

The event, called Naomi Judd: A River of Time Celebration, will be held at Nashville's Ryman Auditorium on Sunday, May 15 at 6 p.m. ET. Wynonna Judd -- Naomi's daughter and The Judds duet partner -- will pay tribute to the late country legend during the ceremony, as will Naomi's other daughter, actor Ashley Judd.

More performances and special appearances from Naomi's friends and fellow country stars are expected to be announced in the days ahead.

Naomi died unexpectedly on April 30, just one day before The Judds were scheduled to be inducted into the Country Music Hall of Fame. Wynonna and Ashley issued a statement announcing the news. "Today we sisters experienced a tragedy. We lost our beautiful mother to the disease of mental illness," the statement reads in part.

In the wake of her death, CMT re-aired The Judds' final performance of "Love Can Build a Bridge," which originally took place during the 2022 CMT Music Awards. The televised memorial service will "celebrate her timeless voice, unforgettable spirit and the immense impact she left on our genre through the best form of healing we have -- music," according to a statement from CMT.