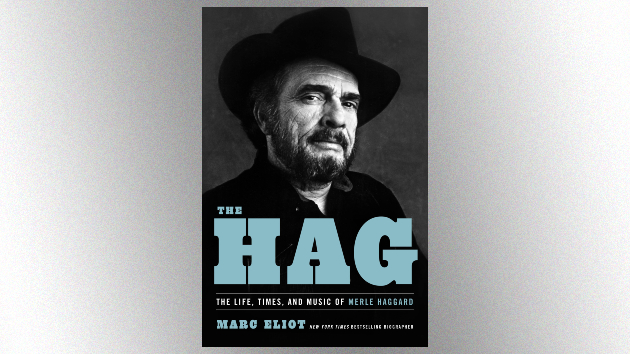 Accomplished biographer Marc Eliot tackles the tale of one of country music's greatest legends in his new book, The Hag: The Life, Times, and Music of Merle Haggard.

Previously, the best-selling author's written books with James Brown, Donna Summer, and Barry White, and taken on the stories of the Eagles, Bruce Springsteen, John Wayne and others.

Since Haggard's death in April 2016, Eliot's uncovered a little-known fact about the Country Music Hall of Famer.

"His wife had him cremated," he tells ABC Audio, "and all he wanted was to be put in the family plot with his mother and dad, Jim Haggard."

"But the wife [Theresa], the widow, still has the ashes," Eliot explains, "and there's some kind of dispute going on between whether she will give some to be buried there."

"I'm not sure what the facts are," he adds, "but he's not in the family plot and that's what he wanted."

Eliot counts Haggard's daughter Kelli -- who rarely speaks about her father -- and Merle's closest friend and advisor of 30 years as two of his primary sources.

"He knew the end was coming," the writer says of Merle, "and he told his best friend, Frank Mull, 'I want to be with my parents.' But so far -- he's been passed away five years now -- and that hasn't happened."

The cemetery's located in Bakersfield, California, near Oildale, where Haggard grew up. Eliot adds Haggard also believed he'd be reunited in heaven with his beloved mother, Flossie Mae, and his father as well.

You can check out the 400-plus-page The Hag now.