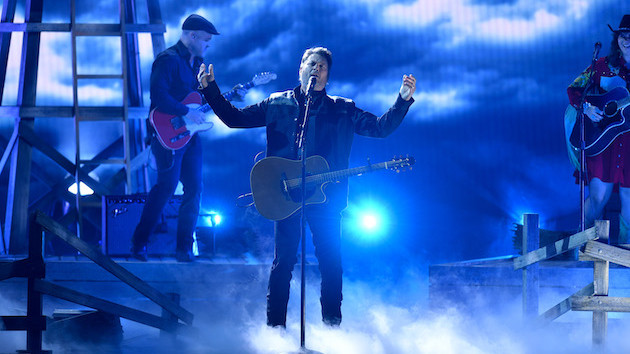 Blake Shelton claims the number-nine spot in the top 10 list of highest-earning musicians for 2021, according to a report from Rolling Stone.

He's the only country star to make the cut, raking in $83 million for the year. $50 million of that comes from a catalog sale that previously went unreported, plus he padded that salary with an eight-figure income from his role as a coach on NBC's The Voice.

Blake's new album, Body Language, further bumped up his earnings for the year. Plus, his tour brought in $14.5 million, Rolling Stone reports, despite the challenges of selling tickets amid the continuing COVID-19 pandemic.

Though Blake's the only true country figure to make the list, Taylor Swift came in just behind him in earnings with $80 million, in part due to her Taylor's Version releases of country albums like Red and Fearless.

Both Blake and Taylor came in at the tail end of the list of highest-earning stars, with comparatively modest salaries compared to artists like Ryan Tedder, who brought in $200 million, and Kanye West, who earned $250 million.

The highest-paid musician of all in 2021? That would be Bruce Springsteen, who earned a whopping $590 million in 2021 after selling his publishing copyrights and master recordings to Sony at the end of the year. With a $550 million price tag, it was the largest sale of a solo catalog ever.