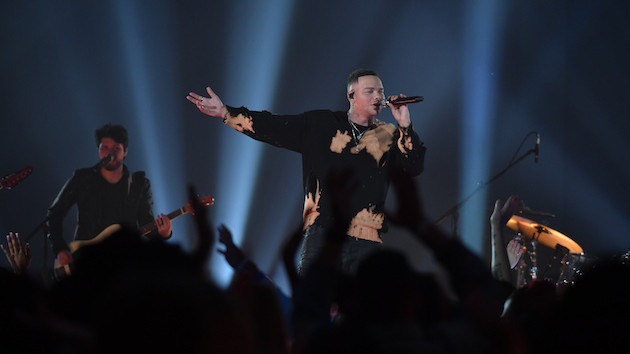 Kane Brown finds bittersweet solace at the bottom of a glass in "Whiskey Sour," his latest release.

It's a heartache ballad that tells the story of a couple who are on their way to the altar, but never make it. "So now I take my whiskey sour / Sitting barside after hours / Thinking how can I get over if the love was never ours?" Kane sings in the chorus.

The song is a move to a more traditional country style for Kane, featuring prominent fiddles and the kind of story song style that the singer first came to love as an up-and-coming artist inspired by legends like Randy Travis.

He paired the release of "Whiskey Sour" with a simple, poignant music video, which shows him singing the song in the studio accompanied by acoustic musicians in the background.

"Whiskey Sour" follows the release of his current single, "One Mississippi," which is a top 10 hit at country radio.