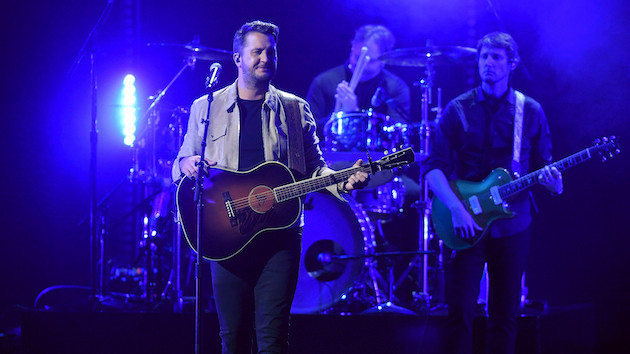 Luke Bryan shared his thoughts on the country music industry's tumultuous reckoning with racism during a panel with his fellow American Idol judges at the 2022 Winter TCA virtual press conferences.

In response to a question about how diversity on the show can positively impact country music as a whole, Luke pointed out first that racism is not exclusive to a single genre. "First of all, there's racism throughout the whole country. Just to sit here and single out country music as some kind of racist format is not altogether natural or true," he noted.

Still, he acknowledged that racism in country music has been in the spotlight over the past year, especially due to the scandal surrounding Morgan Wallen after footage of the burgeoning star yelling a racist slur emerged early in 2021. Morgan was quickly benched by multiple facets of the industry, like awards show and country radio, but fandom for him burned as hot as ever, to the tune of his Dangerous album hitting the top spot on the Billboard year-end charts.

Luke -- who was planning to tour with Morgan in 2021 before the scandal broke out -- said that reckoning with this incident has been a learning process for the whole industry.

"That's a situation that I think country music and the industry is doing everything they can to recognize, and these things take time," he noted. Still, he expressed his hope to see greater diversity among both artists and fans.

"And I think as country music learns there's a bigger audience out there for us as artists, I think we are going to grow, and you are going to see tremendous changes," Luke said.