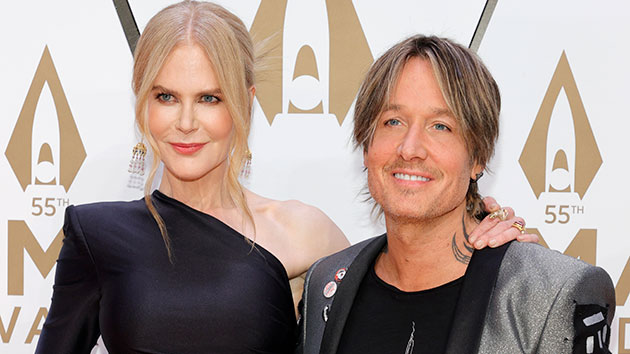 Keith Urban and Nicole Kidman celebrated 15 years of marriage earlier this year, and even after so much time together, Nicole says that her country superstar husband is still her best friend.

"I mean, he's my favorite person," the actor says during a recent appearance on ABC's Live with Kelly and Ryan. "And [we] just love hanging out."

For the cross-continental couple, "hanging out" often entails lengthy international flights. But that's okay by Keith and Nicole: On multiple occasions, he's taken a break from work in LA or Nashville to hop on a flight to Australia, just to have dinner or spend a few hours with his wife.

Nicole goes on to recount a time during her pregnancy with their oldest daughter, the now-13-year-old Sunday Rose.

"When I was pregnant with Sunday, he got on a plane to fly to Australia to see the first ultrasound, and was there for six hours. Saw the heartbeat, and then had to fly back to do a show," she remembers.

Next year, Keith and Nicole will put their expert-level skills at making time for each other to good use. The country superstar's booked for a lengthy world tour in support of his latest album, The Speed of Now Part 1.