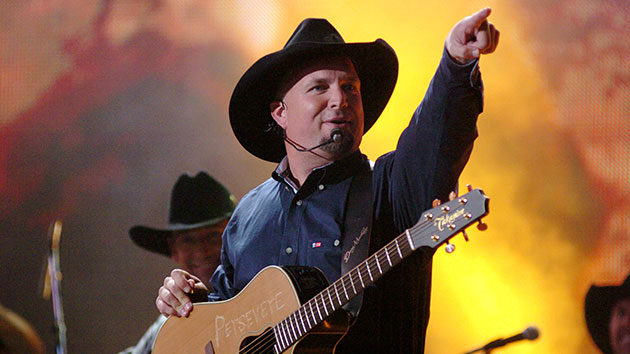 Garth Brooks has announced a new date for his Stadium Tour in 2022.

The superstar is set to headline an in-the-round show at the Donald W. Reynolds Razorback Stadium in Fayetteville, Arkansas on April 23 at 8 p.m. ET. This marks Garth's debut at the venue on the campus of the University of Arkansas and will be his only stadium shows in Arkansas and neighboring Oklahoma.

Tickets go on sale December 3 at 11 a.m. ET and are available via Ticketmaster. Tickets are $94.95 each, all inclusive.

Since canceling the remainder of the Stadium Tour in 2021 due to the ongoing COVID-19 pandemic, Garth has continued on with the Dive Bar Tour across the country, where attendees are required to show proof of vaccination.

"We'll be close to you, trust me. There'll be more opportunities than you want to see me. When we came back in 2014, and I'll stick with this the rest of my life,[I said]  retirement was over. You're going to have to throw me out,'" Garth recalls in a statement. "So I'll be around if you ever want to come hear some Garth Brooks stuff that's done by Garth Brooks."

The country legend has asserted that 2022 will be the final year of the Stadium Tour, which launched in 2019. The tour will conclude with back-to-back shows at Croke Park in Dublin, Ireland on September 9 and 10.