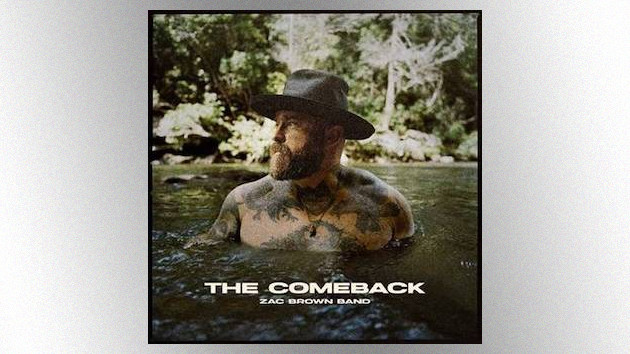 While Zac Brown Band have lots of classic country hits, the band's also known for musical experimentation, especially in projects like their 2019 record, The Owl. But frontman Zac Brown tells People that on their newest album, The Comeback, they were focused on making classic music for their fan base.

"I've tried to capture little shades of the human condition on this album," he says. "I hope we made a really classic album, and people find something they can really personally relate to that makes them feel something. That's my wish."

The singer adds that, in light of the COVID-19 pandemic and deepening cultural divides in America, it was important to him to present a message of unity in songs like the title track and the first single, "Same Boat."

"I'm not going to take a political stance as an artist because that's just going to create enemies on one side or the other," Zac explains. "Philosophically, if I have something that's meant something to me, or in rebuttal to all this division that's happening, I wanted to create something that would remind people of how we're the same. I just wanted to throw some light out there for people."

The Comeback came out earlier this month. Its current single, "Same Boat," is inside country radio's Top 10.