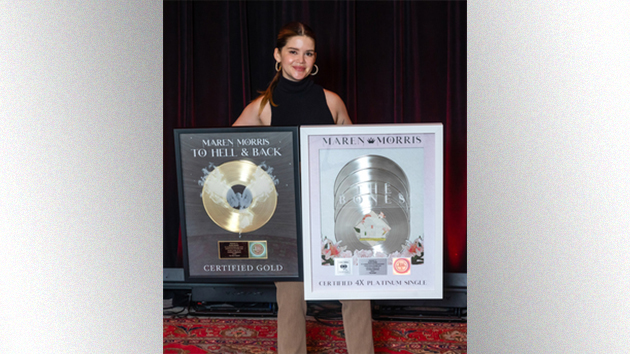 Maren Morris proves that "The Bones" are still solid, as the hit song receives new certification.

The crossover smash has been certified four-times Platinum by the RIAA for sales of four million units. "The Bones" made history when it spent 19 consecutive weeks at the top of the Billboard Hot Country Songs chart in 2020, designating Maren as the first solo female artist to have a multi-week #1 hit on country radio since 2012. It also charted inside the top 15 on the all-genre Billboard Hot 100.

Maren's current single, "To Hell and Back," is currently ascending into the top 30 on the Billboard Country Airplay chart.