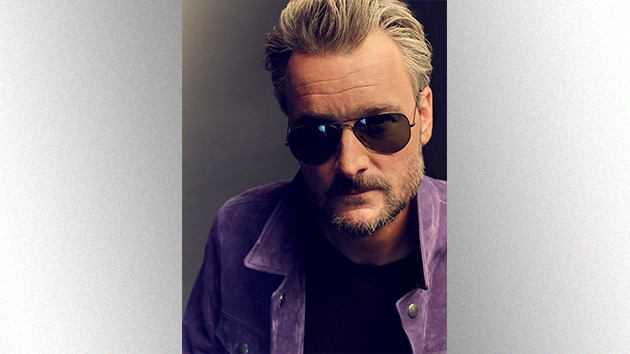 Eric Church is offering fans an inside look at his upcoming Gather Again Tour.

In a behind-the-scenes video, the singer shows off his in-the-round stage at rehearsals in Pennsylvania, setting up shop on a massive stage in the center of the venue for the first time in his career.

"The hardest thing I've done thus far in my career is this set list," Eric admits, explaining how adding the 28 new songs from his three-part album, Heart & Soul, to an already packed song roster was a challenge. However, the singer is still "committed" to changing the set list each night so the audience gets an entirely new show than the one before.

"We're still going to play the different set, we're going to give people different experiences. It has been maddening," he declares.

The reigning CMA Entertainer of the Year is also seen rehearsing his current single, "Heart on Fire," the chart-topping hit "Hell of a View," and "Stick That in Your Country Song."

"It's the most musical we've ever been. I think to see the way the new music happens in the show is something that I'm excited to see," he continues, adding that he's reimagining songs he's played throughout his career. "There's going to be a lot of songs that fans aren't going to recognize at first. I think it's fun after this many years to change it up and make it about music and make it musical," he describes. "I'm just excited to see the reaction."

Eric launches the Gather Again Tour on Friday in Lexington, Kentucky. The hefty tour schedule runs into 2022, concluding with a set at New York's Madison Square on May 20.