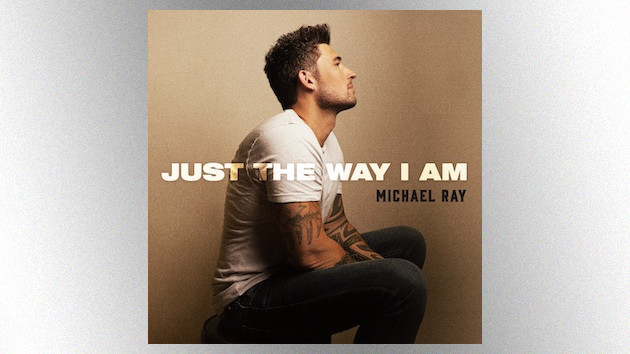 Michael Ray paints a picture of a complex human personality -- complete with both faults and virtues -- in his just-announced new song, "Just the Way I Am." The track will come out next Friday, July 30.

"Ain't lookin' for one, but won't run from a fight / I got too much pride," he sings in the first verse. "Hey, I'm the kinda guy that likes a simple life / The only suit and tie I own / Is for when Heaven calls somebody home..."

The main character of the song is somebody who's taking a hard look at themselves. That's something plenty of fans can relate to, and Michael says it rings true for him on a personal level, too.

"This song really feels autobiographical for me. It touches on the good parts of people while still acknowledging that they have faults and flaws, myself included," he says. "I relate to it so fully that it feels like I could've written it. I hope when fans hear it, they understand more about me and maybe even relate to it themselves."

"Just the Way I Am" follows "Picture," a song Michael wrote after the death of his uncle. Both those tracks will be included on his upcoming new album, which also features the current single "Whiskey and Rain."