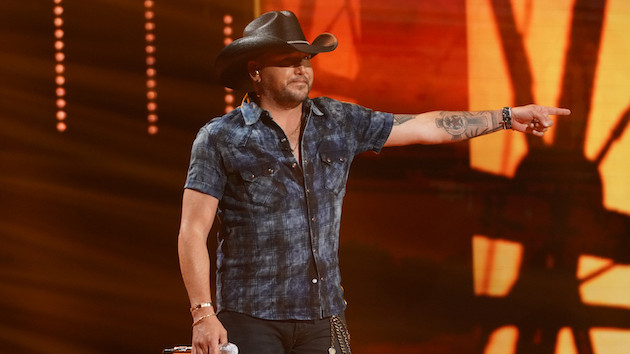 Jason Aldean fans are placing bets on which fellow star he might have enlisted to join him for his next duet, out Friday.

The singer started teasing a new release on social media this week, sharing that the song's title is "If I Didn't Love You." He also noted that it's a collaboration, but declined to mention the other person who's featured on the song.

"Who do y'all think is singing on this one with me?" Jason wrote in the caption of his post, asking fans to drop their guesses in the comments section. While plenty of fans had an idea or two about who it might be, the singer's not sharing any more clues -- at least, for now.

Jason's previously demonstrated his knack for putting out hit duets: "Don't You Wanna Stay," a collaboration with Kelly Clarkson, was a fan-favorite smash back in 2010.

"If I Didn't Love You" is coming out at the end of a big week for Jason, who just celebrated his 25th number-one country radio hit with "Blame It On You." He's also gearing up for a return to the road -- his 2021 Back in the Saddle Tour kicks off in August, with opening acts Hardy and Lainey Wilson.