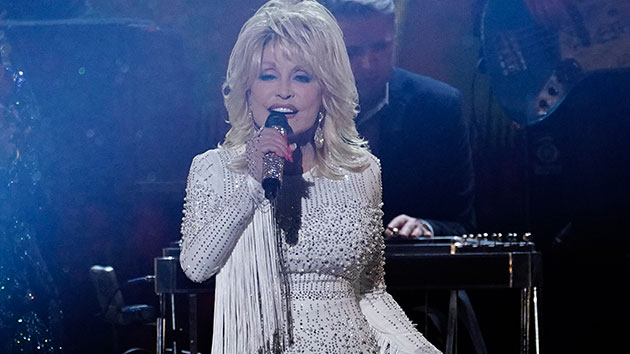 Dolly Parton gave her husband Carl Dean a birthday he'd never forget.  To mark his 79th birthday, the country legend slipped into the iconic bunny outfit she wore on the cover of Playboy in 1978.

Taking to Instagram on Tuesday, Parton -- who was all dolled up -- revealed how she planned on spoiling her husband of 54 years.

"You're probably wondering why I'm dressed like this. Well, it's for my husband's birthday," the "Jolene" singer explained. "Remember some time back I said I was gonna pose on Playboy magazine when I'm 75? Well, I'm 75, and they don't have a magazine anymore!" Playboy stopped publishing its print magazine last year.

Although Dolly was unable to pose for the physical magazine, she was able to do the next best thing -- make her very own magazine cover.

"My husband always loved the original cover of Playboy. So, I was trying to think of something to do to make him happy," the 10-time Grammy winner grinned.  "He still thinks I'm a hot chick after 57 years and I'm not gonna try to talk him out of that!"

"What I did for his birthday is that I did a little photoshoot in this lil' outfit and I had a cover made of the new Dolly... The old new Dolly," she dished, before showing off a side-by-side comparison of her 1978 cover and its 2021 reboot.

"In the first one, I was kind of a little butterball in that one," the Emmy nominee winked while pointing to her younger self. "Well, I'm string cheese now!  But he'll probably be thinking I'm cream cheese... I hope."

Dolly revealed she planned on ambushing her husband later while singing to him. The video ended on a still of Dolly, all dressed up, surprising Carl.