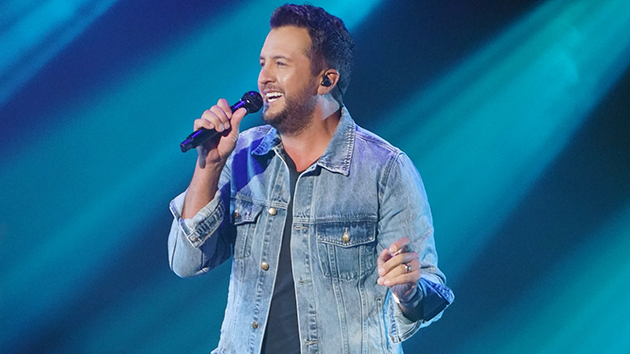 Luke Bryan brought all the cuteness when he invited a young fan to sing with him onstage over the weekend.

During a stop at Jiffy Lube Live in Bristow, Virginia on Saturday, Luke couldn't help but notice that 7-year-old fan Darci Claire, who was sitting in the front row, knew all of the words as he performed his latest single, "Waves."

Luke knelt down on the stage so the two could sing directly to each other. "That's awesome," he shouted to Darci as he offered her a high-five and blew her a kiss.

But the ACM Entertainer of the Year took things one step further by pulling the young fan onstage for a hug, inviting her to stay as he performed "Down to One." Darci continued to prove her loyalty by duetting with Luke on the song after he gave her the microphone.

"Good job!" Luke praised as he gave Darci a kiss on the cheek and returned her to the audience.

Singing with Darci was one of many fun-filled moments of the night, during which Luke also celebrated his 45th birthday with surprise appearances and gifts from his family.