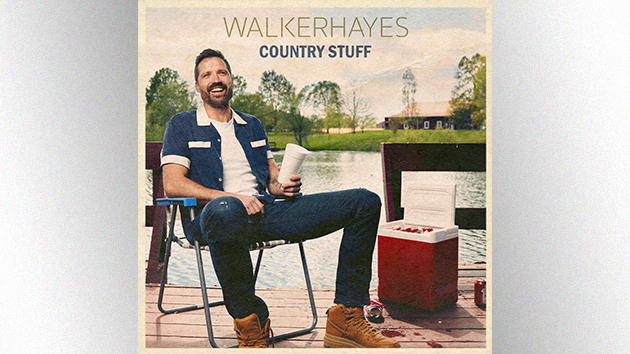 Walker Hayes has a hit on his hands with "Fancy Like," and he's opening up about the inspiration behind the infectious track.

In June, Walker and his daughter, Lela, went viral on TikTok after posting a video of themselves doing an original dance to the hip-hop-meets-country track that's amassed nearly 20 million views so far.

The hitmaker hints that he's been in contact with Applebees, and says the restaurant chain is considering returning to their menu the Oreo milkshake he references in the lyrics, due to the song's popularity.

"I don't want to let the cat out of the bag, but one thing that truly excites me is that the Oreo shake actually came off the menu several years back and it's coming back because of the song," he teases. "I can't wait [until] I have grandkids and we're at Applebee's and they're drinking a shake and I could say, 'you know why's it on the menu? It's because I saved it.'"

As for how the TikTok video came about, Walker tells Billboard he and Lela "came home from church and put [the song's] chorus on repeat and made it simple and we popped it off on the porch. We did two takes and then we slapped it on TikTok. [By] that night it surpassed a million [views]." He calls the response "bonkers," saying, "I just left a Planet Fitness and people were walking up to me and [saying] 'My daughter loves the dance. Can I get a picture?'"

Walker co-wrote "Fancy Like" for his latest EP, Country Stuff, which has become his highest-charting single to date, reaching the top 20 on the all-genre Billboard Hot 100 and #1 on the Billboard Hot Country Songs chart. It's currently climbing the Billboard Country Airplay chart.