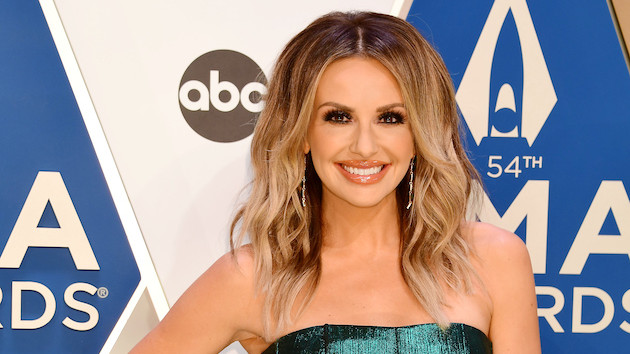 Carly Pearce's 29 is a soul-baring, six-song collection that arrived in full back in February...or did it? The singer took to social media on Wednesday, hinting that she just might have more music to release from 29.

"I've realized over the last few weeks that I wasn't entirely finished writing my 29 chapter..." Carly cryptically revealed, alongside a black-and-white shot of herself in the studio.

Searing and emotionally open, 29 is Carly's exploration of one of the hardest years in her life. It's the year that she "got married and divorced," as she sings in the title track of her short-lived marriage to fellow star Michael Ray. It's also the year that she grappled with the loss of musical mentor busbee, who died in 2019 after a brief battle with a rare form of brain cancer.

While 29 chronicles a difficult personal period, the new music comes at a time when Carly is in a triumphant place in her musical career. Her 2019 duet with Lee Brice, "I Hope You're Happy Now," provided Carly a number-one country radio hit and earned her the title of Music Event of the Year at both the 2020 CMA Awards and 2021 ACM Awards.

Carly was a double winner at the ACMs, also bringing home Single of the Year for "I Hope You're Happy Now."