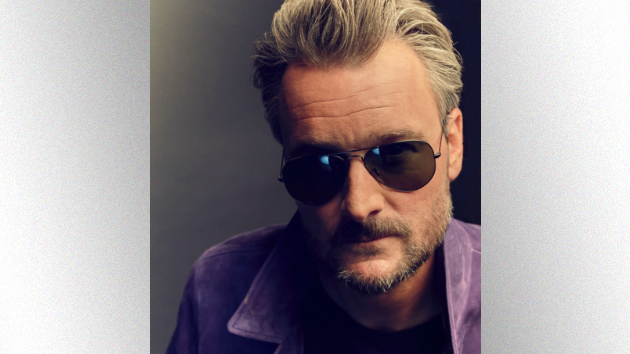 Eric Church decided to shake things up when he set out to record the follow-up to 2018's Desperate Man.

The North Carolina native took a totally revolutionary approach, sequestering producer Jay Joyce and his musicians in the Blue Ridge Mountains of his home state in January of 2020.

But Eric didn't take them to a studio. Instead, he picked an unexpected location: Artisanal restaurant in Banner Elk, NC. A favorite dining spot for the Chief, he'd long admired the acoustics of the building, which was built out of reclaimed barn wood, he tells Entertainment Weekly.

From there, the three-part Heart & Soul started to take shape.

"You know what I found is [that] there’s something about doing something different -- that there’s a belief there," the CMA Entertainer of the Year explains. "Every night we would eat together. Every morning we would be together... The players, the songwriters, they all respected what I was trying to do."

Eric's honesty paved the way for his team's dedication.

"I think at some point in time, they committed themselves to what we were trying to do and they gave a hundred and ten percent of that," he reflects. "They knew, 'This dude has been up all night. This dude is trying and we’re gonna try, too.'"

"And I think that there’s something to that overall -- pulling on the rope the same way -- that made the project what it is," he asserts.

Eric unveils the collection titled Heart on Friday, April 16, followed by the fan-club-exclusive & set the following Tuesday, before wrapping with Soul on the 23rd.