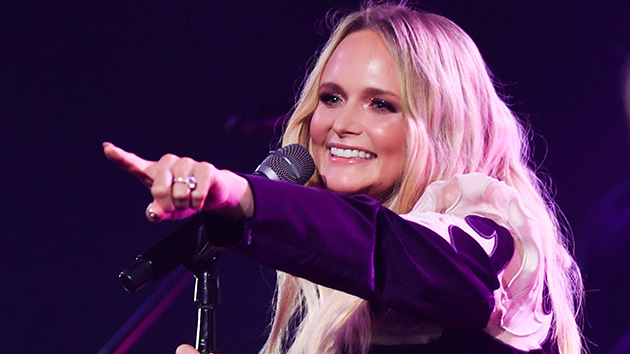 ABCIt appears that Miranda Lambert and Elle King have another collaboration in the works.

The two singers turned to Twitter on Monday to tease the new song, Billboard confirms, Miranda posting a photo of the two with big hair and puffy 80s style dresses, with Elle wearing a white wedding dress while Miranda dons metallic pink. The "Bluebird" singer tagged Elle in the post, alongside the shifty eyes emoji.

Meanwhile, Elle shared another shot of the two wearing suits, Miranda in mint green and Elle in powder blue writing, "The whiskey goes down better when they don’t know who you are..." both using #DRUNK in their posts.

This isn't the first time the two have worked together. Elle was one of the opening acts on Miranda's all-female lineup for her 2019 Roadside Bars & Pink Guitars Tour. She was also featured alongside Miranda and fellow opening acts Maren Morris, Ashley McBryde, Tenille Townes and Caylee Hammack on "Fooled Around and Fell in Love," which was named Music Event of the Year at the 2020 ACM Awards.

Elle also has a #1 country hit with Dierks Bentley on "Different For Girls."