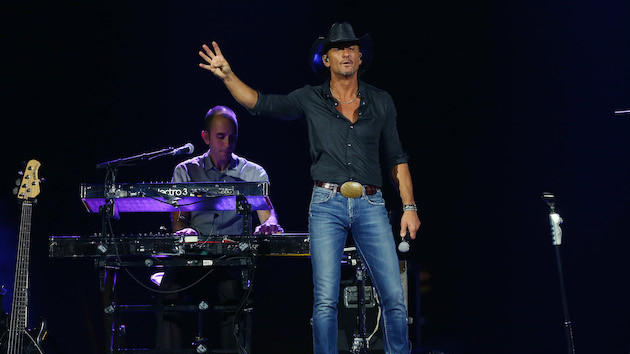 “He’s somebody that I admire and respect not only as an amazing father, an amazing husband and amazing musician, amazing actor -- and his name is Tim McGraw,” Garrett said.

As it turns out, Garrett and Tim’s friendship dates back almost two decades, when they were on set together filming the 2004 film Friday Night Lights, where they played a father and son.

“I’ve seen his children, his daughters, from the time they were one, three and five [years old],” the actor continues, as host Kelly Clarkson joked that it must be exciting for Tim to have a parental connection to a boy after parenting three girls.

“He’s the best. And when...after 12 weeks...of Emma being pregnant, I called him, and the first thing he said was, ‘I’m the godfather.’ So how can you argue?” Hedlund adds.

In addition to enjoying his new role as godfather, Tim has been busy on the musical front, too. In January, he released a duet with Florida Georgia Line’s Tyler Hubbard called “Undivided.”