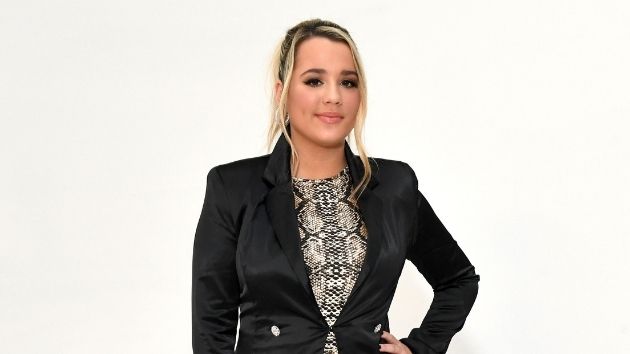 Kevin Mazur/Getty Images for iHeartMediaGabby Barrett may be on maternity leave, but her smash-hit debut single "I Hope" is working overtime.  The song has just become the third longest-running number one single on the Billboard Hot Country Songs chart.

For 25 weeks now, Barrett has dominated the chart that tracks streaming, sales and airplay platforms.  By notching another week at the top, "I Hope" eclipsed Florida Georgia Line's "Cruise" for having the third-most weeks in the number one spot.

Barrett is officially halfway to defeating FGL and Bebe Rexha's "Meant to Be," which stayed at number one for 50 weeks between 2017 and 2018.

But first, the American Idol finalist has to overcome Sam Smith's record, who has the second highest number of weeks in the top position with "Body Like a Back Road."  It dominated the chart for 34 weeks in 2017.

As for the accomplishments "I Hope" collected over the past week, the song was streamed 8.4 million times in the U.S., sold an additional 3,000 singles and reached 52 million people on the radio.

Billboard's Hot Country Chart has been tracking movers and shakers in the country industry since 1958.

Barrett has another single climbing up the very same chart.  Her sophomore effort , "The Good Ones," increased its foothold 31-25, reports Billboard, which is up 5 percent.   It was also streamed 4.8 million times and sold 4,000 singles.

Music career aside, Barrett previously announced on Tuesday that she and husband Cade Foehner welcomed a baby girl, named Baylah May, on January 18.