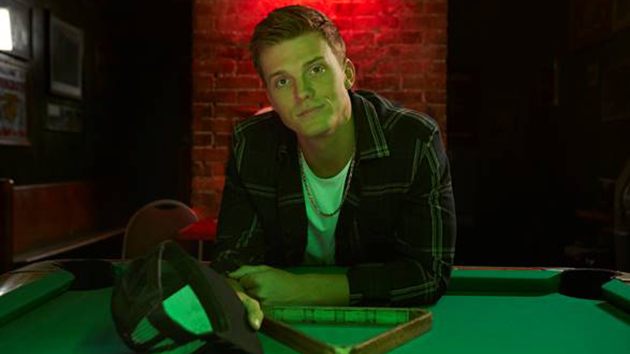 The country crooner made his national TV debut while performing with his band inside a vacant Texas saloon, his voice simmering on the slow-burner, heartbreak ballad with neon signs glowing in the background.

Released as his debut single, "Pretty Heart" also became Parker's first #1 hit. It's featured on his EP, Hollywood Gold, which was for the highest-selling debut country EP last year.

Follow-up single "To Be Loved by You," co-written by Parker and Rhett Akins, is at country radio now.

Additionally, Parker was recently invited by Dierks Bentley via video call to make his Grand Ole Opry debut. Dierks will be there cheering him on when Parker performs on the Opry on February 6.