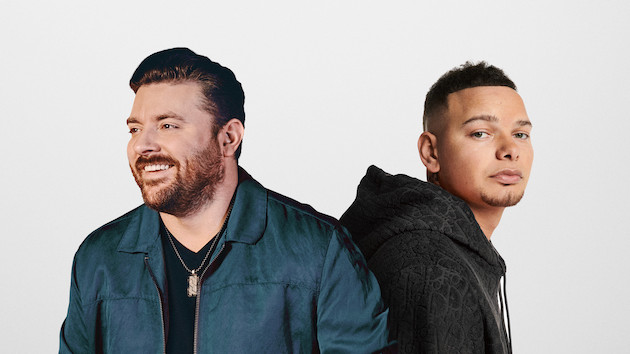 Monarch Publicity/Sony Music NashvilleChris Young’s upbeat new duet with Kane Brown is an ode to the hometown heroes they knew and loved growing up. An award-winning school teacher named Megan, a star high school quarterback named Brandon and more are the stars of this song.

Chris, who co-wrote “Famous Friends” with Cary Barlowe and Corey Crowder, says that the names listed in the lyrics represent real people, many of whom are buddies of his from his hometown in Murfreesboro, Tennessee.

But he might never have gotten the idea to spotlight his not-so-famous friends without the help of his 2019 single, “Raised on Country.”

“With ‘Raised on Country,’ what we were trying to write was an anthem about the music I grew up on,” Chris explains to Billboard. “And obviously, when you start talking about how you grew up and what shapes you outside of your town and the music you listened to, it’s definitely your friends.”

From there, the connection was clear. “I think that was kind of the seed in ‘Famous Friends,’” the singer adds.

“Famous Friends” is the third single off Chris’ upcoming album, following “Raised on Country” and “Drowning.” He hasn’t shared an exact timeline for the project’s rollout, but has hinted that the release day may be nearing. Last weekend, he posted a photo of himself to Twitter, captioning the image, “Feeling album cover, might delete later” along with the hashtag “#FamousFriends.”