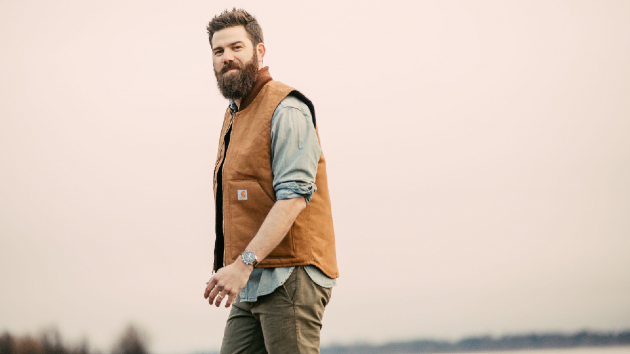 So exactly how many "Almost Maybes" did the "Singles You Up" hitmaker have?

"I go to, like, three serious ones," Jordan tells ABC Audio.  "Three ones that were, like, legit, you know, like, when it ended, it was kind of tough."

"I was like, 'Man, that wasn't any fun,' you know?" he adds. "But yeah, I would say three, like, serious girlfriends before I met Kristen."

Jordan and Kristen tied the knot in 2017, after he and his brother Jacob both graduated with degrees in environmental science from LSU.

With two good-looking aspiring musicians in the Davis household, Jordan admits there was rarely a shortage of female attention.

"Yeah, me and Jacob, we definitely had our fair share of girlfriends, both in high school, and in school in Baton Rouge," Jordan laughs. "But yeah, we had to go through some breakups and heartbreaks, but we found the right ones for us."

"And now we've got four little Davis girls between the two of us now," he smiles.

Jordan's daughter, Eloise, celebrated her first birthday this past November. His brother Jacob also co-wrote his second of three number ones so far, "Take It from Me."

Win $1,000 worth of electronics to make your home smarter!