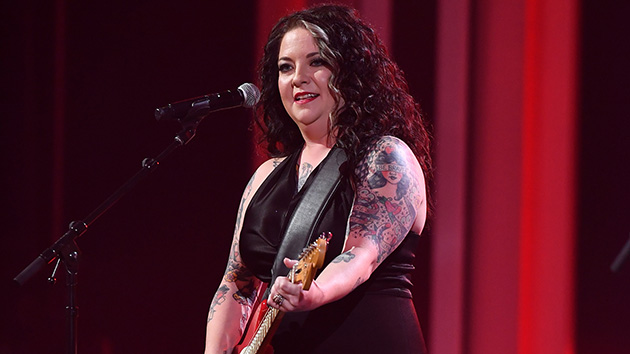 ABCAshley McBryde is performing on The Ellen Degeneres Show Wednesday.

The Grammy-nominated singer is performing her current single "Martha Divine," marking her debut on the talk show.  Check your local listings for when Ellen airs in your market.

"Martha Divine" is the second single off Ashley's latest album, Never Will, which is nominated for Best Country Album at the 2021 Grammy Awards.

“When we released Never Will, we kept our original April 2020 release date because people needed music then and we need music now!"Ashley shares. "However, there was a small part of me that was a little sad that these songs may not get the time or attention they deserve as a body of work because of that timing."

"So to have the album receive so much recognition, along with nominations among such incredible company by both the CMA Awards and by The Recording Academy, is truly amazing and means the absolute world to me," she adds.

"Martha Divine" follows the album's lead single "One Night Standards," which peaked at #11 on the Billboard Country Airplay chart.

Win $1,000 worth of electronics to make your home smarter!